The Society for Practising Veterinary Surgeons (SPVS Ltd) can trace its origins back to 1933, when the Veterinary Practitioners’ League was formed, later  becoming the first specialist division of what was then the National Veterinary Medical Association (now the BVA). It championed the interests of practitioners, helping to secure their involvement in the emerging State Veterinary Service as Local Veterinary Inspectors (LVIs). In spite of its name, it attracted membership from across the profession including research workers, officers of local and other authorities, and several professors.

Over the next 20 years it began to focus on the effective running of veterinary enterprises, with a 1957 report concluding that it should be on sound business and ethical lines.  SPVS, as it was then, sought to lead by example and that remains the focus today. 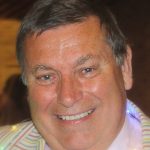 I qualified from the Royal Veterinary College. Five years after qualifying I put my plate up in Truro Cornwall. The practice grew to 10 Vets 40 staff and four standalone centres. I have gained a Diploma in Bovine Reproduction at Liverpool Vet School. I have been on the council of BVA chairing the Membership Services Group.
I joined the SPVS Council in 2013 eventually migrating to a board which I am a member of and I am very honoured to be JVP for 2021/22 and President for 2022/23. I have a particular interest in EMS and graduate support. 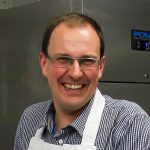 Junior Vice President Ryan Davis PgC SAS BVMS MRCVS
After graduating from Glasgow in 2002 I went into mixed practice for 2 years before focusing on small animal work. Through a process of merger and acquisition I  ran the main hospital in a 14 site mixed practice with 8 directors until it’s sale to CVS in 2017. I was awarded a PgC in small animal surgery in 2015 and  have been on SPVS Council since 2014.  My current role is Hub clinical leader for CVS in the Midlands helping develop practices, in particular  consulting and surgical skills. 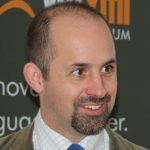 After qualifying at Bristol University, I joined a mixed practice in Devon in 2002, becoming a partner 2004. I moved away from practice in 2018 and I spent 2 years with IVC in their IT Dept. During my Presidential Year I am working as a locum and setting up a Veterinary IT Consultancy to support practices in their use of technology.
Clinically my interests still are dermatology and client communication.
During my limited time away from work and SPVS, my interests are sailing, dancing and hockey, and spending time with my growing family. Within SPVS my main role as been as chair of the Vet XML Consortium, working to improve the transfer of data between practice and industry. 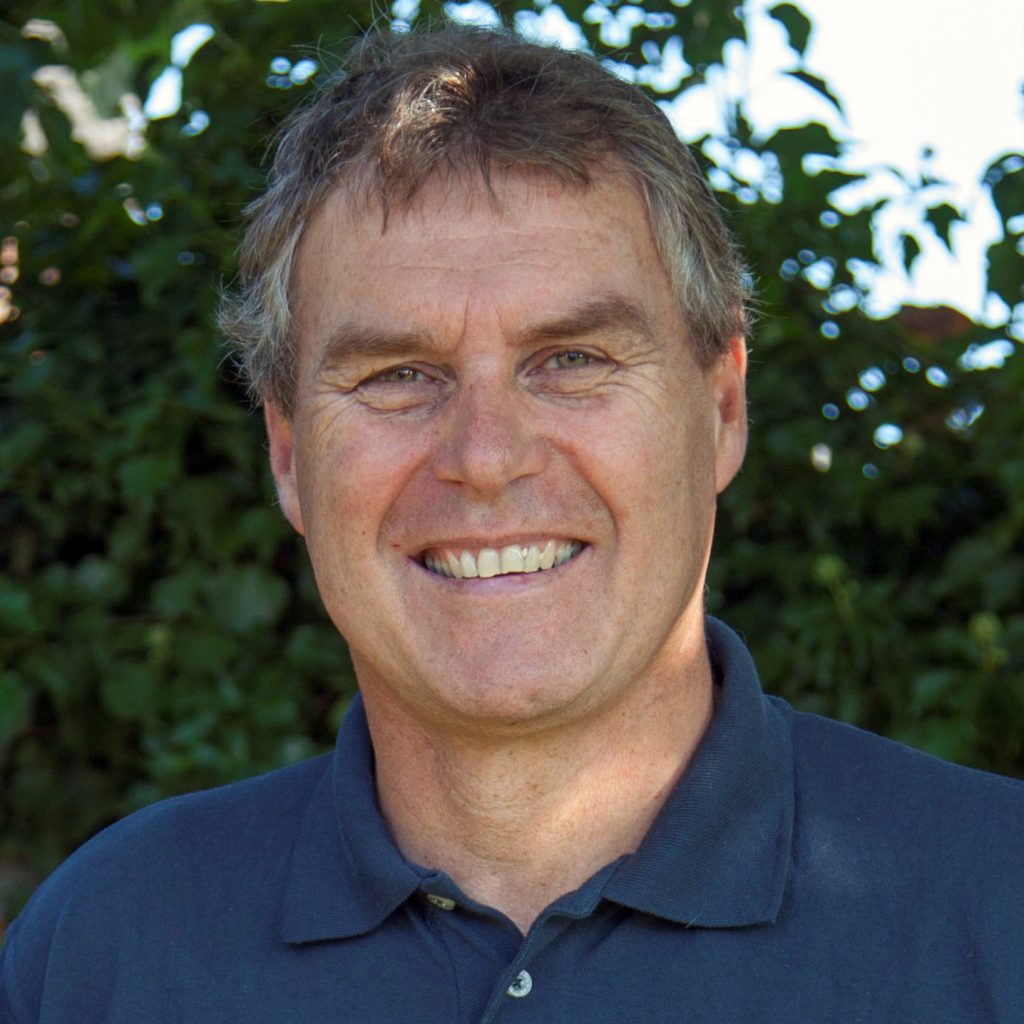 Chair of the Board Pete Orpin  BVSc MRCVS
My key focus areas are improving cattle health, lecturing and business consultancy.
I worked for 35 years as veterinary surgeon at the Park Vet Group in Leicestershire, UK and developed particular skills in data management, preventive medicine and leadership.  My career started working at the practice in 1984 joining a small team of 4 vets and 6 support staff and helped build a winning team that took the business to a 115 people business with 7 business operations working over 4 geographic locations.
In 1999 I became President of the British Cattle Veterinary Association and developed a keen interest in Health Planning and in practice research with the publication of a wide range of articles, receiving the BCVA Tuckey award for best paper by a practitioner three times. My interest in health planning resulted in the development of Myhealthyherd, a web based health planning program for farmers and vets used by over 3000 dairy farms in the UK.
In 2016 I was awarded Dairy Vet of the Year at the Cream Awards
In the last 25 years more time has been devoted to helping other veterinary businesses thrive as a consultant within Anval Ltd.
In recent years I have been working on a National Johne’s Management Plan which will have engaged over 95% of UK farmers in robust control plans by the end of 2020. 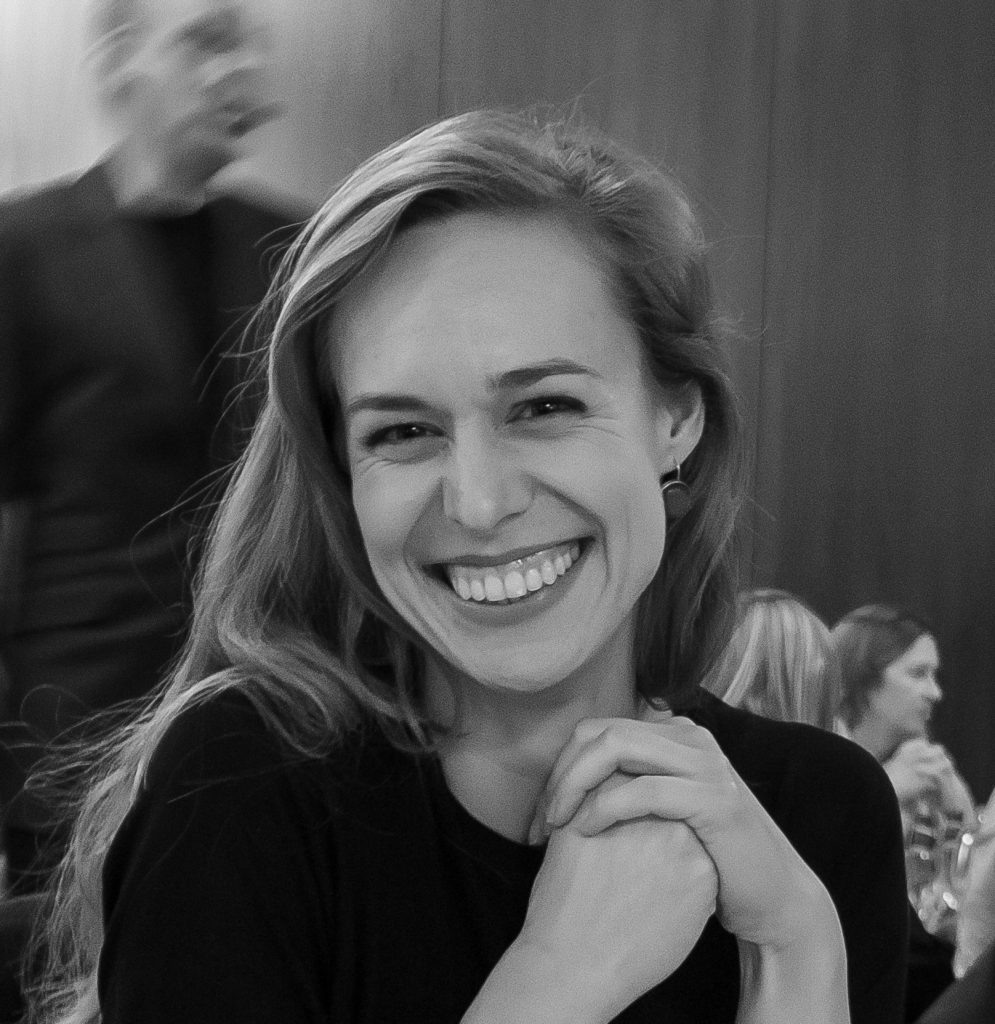 Silvia Janska BSc(Hons) MSc BVetMed CertVBM MRCVS
I obtained a BSc in Veterinary Science and a MSc in Wild Animal Biology prior to graduation with a vet degree from RVC in 2014. Throughout my 8-year education at the RVC, I also worked in their e-Media department on various projects that enhanced student learning. After graduating I completed an equine internship and a Certificate in Veterinary Business Management at Liverpool University. My portfolio career spans between working as an ambulatory equine vet, consulting for animal health startups, and helping the veterinary profession better understand flexible working opportunities by co-founding the Flexee initiative. 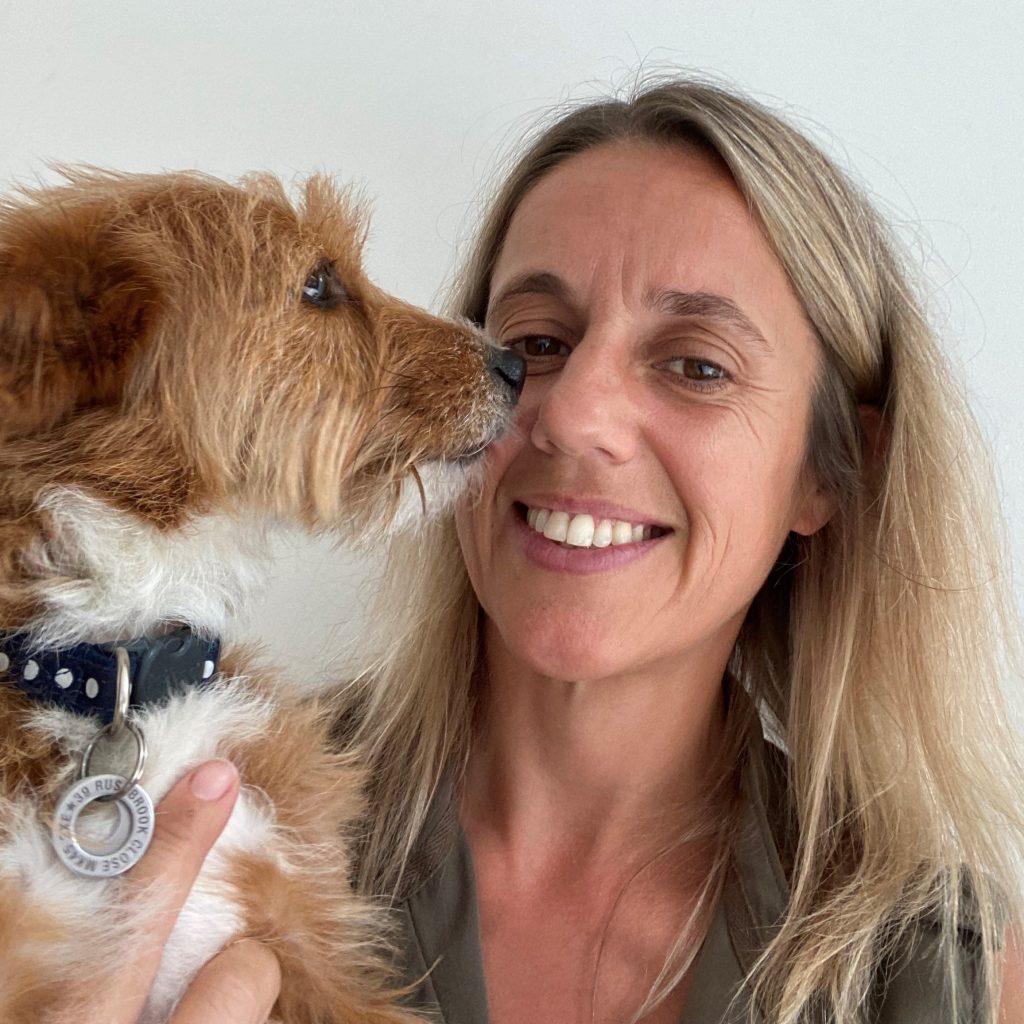 Vicki Farbon MA Vet MB GPCert (SAM) PgC SADI MRCVS
I graduated from Cambridge in 2003 and have worked in the same independent practice in Bedford ever since. Initially it was a mixed practice and over the years has become a small animal and exotic practice. During my time I gained my GP cert in small animal medicine and I am currently and advanced practitioner in small animal diagnostic imaging.
I became a director of the business in 2013 and a shareholder in 2018. Alongside the clinical work I have a passion for business development, responsible leadership, promoting financial literacy within the practice and encouraging an excellent standard of EMS .
Out of work I have two young boys which keep me busy and I enjoy long distance running and strength training. I joined the SPVS board in 2021 in the hope I can make a difference and inspire and encourage more young women to join the organisation. 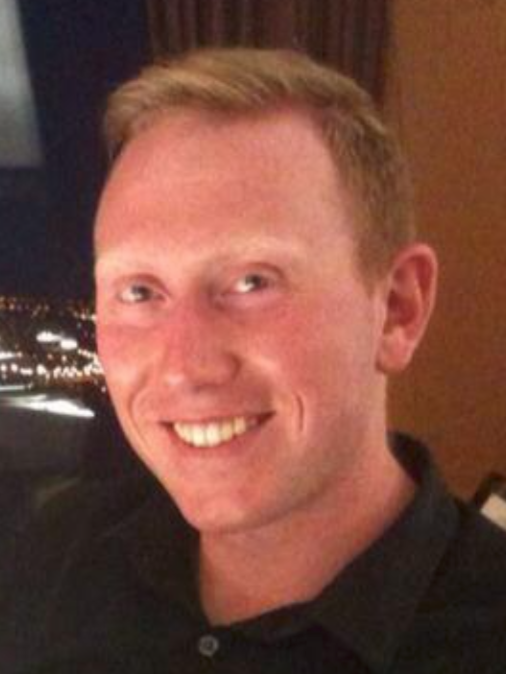 Ben Sweeney BVSc MSc CertAVP MRCVS
I am a 2008 University of Liverpool graduate and have worked in almost every aspect of clinical practice, from mixed in Northumberland to a companion animal referral centre in the North West. I have always been interested in technology and using it to the benefit of the profession and pet people. In 2016 I founded Simply Locums, a digital locum networking platform to connect locums and practices directly without middle men. Following sale and exit from that business, I am the founder of VidiVet: a digital pet people support platform designed to provide personalised, specific advice in place of internet searches and social media advice. I believe that technology has a huge role to play in the future of our profession, but that it should be used to support practices and our teams not to replace them. I was keen to join the SPVS board in 2019 because of the positive impact that my experiences with the organisation had on me both as a student and working vet. Long may that continue for the generations to come! 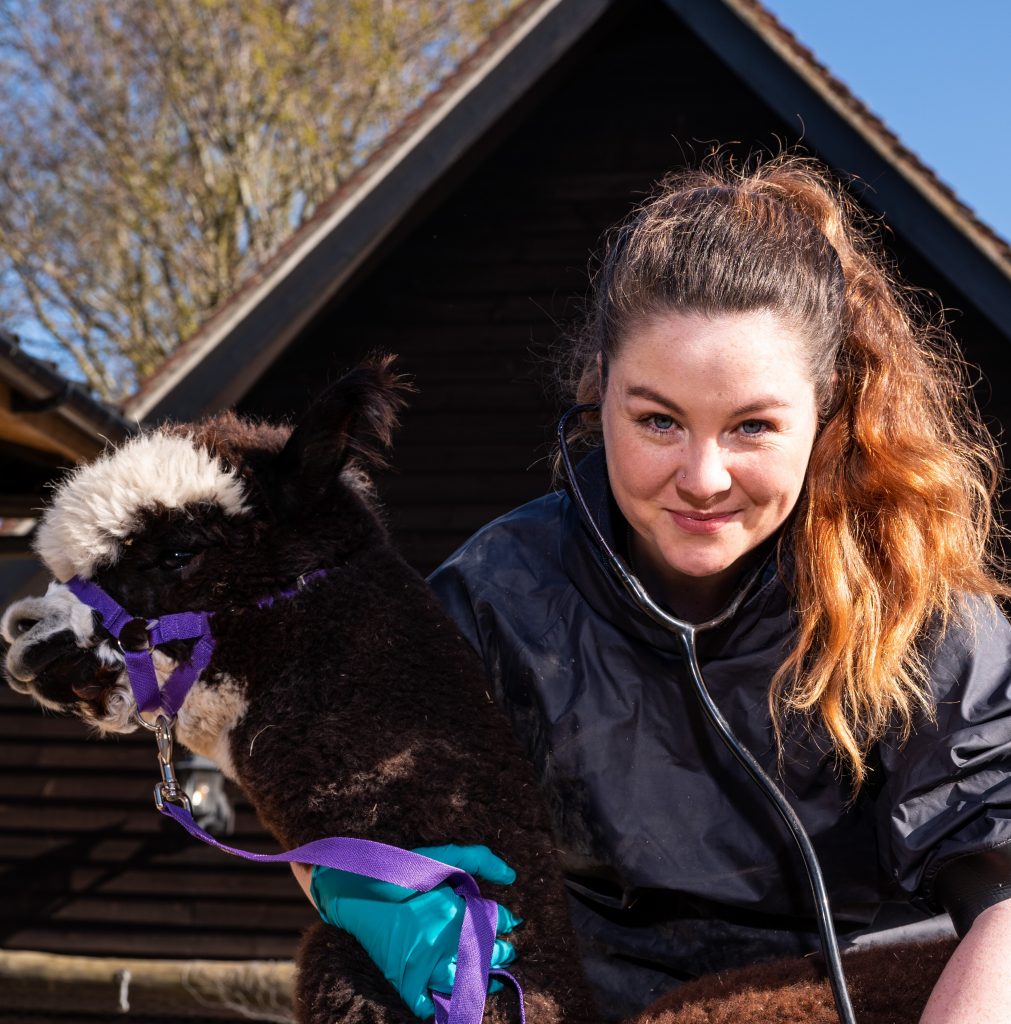 Dr Ami Sawran BVSc CertAVP PGCertVPS PhD MRCVS
Ami graduated from Liverpool University in 2011 before undertaking a farm animal internship in production animal health and welfare at the Royal Veterinary College alongside Westpoint. Afterwards, she moved to London to complete her PhD on dairy cattle lameness and genomics, while locuming for the RSPCA and tutoring veterinary students. She has worked with several branches of Westpoint, and took on the role of Clinical Director at Chelmsford in January 2019, joined the VetPartners Production Animal Clinical Board in 2020 and was appointed to the VetPartners Farm Executive Board in 2021. A member of the farm marketing team, she is interim marketing coordinator for Westpoint.
Ami’s clinical interests include small ruminant health and welfare, and medicine of camelids. She holds a Certificate in Advanced Practice, and runs the Camelid Special Interest Group for VetPartners. Ami is particularly driven to improve wellbeing in the veterinary workforce, steering Westpoint Chelmsford to a win at the 2018 Veterinary Wellbeing Awards. It is her firm belief that a safe and fulfilled team is key to a smooth running practice and client service. Ami has continued to develop ideas on how to improve wellbeing across her group, also working within the BVLGBT+ committee and alongside BVEDS to foster inclusivity and promote diversity in farm practice.
Outside of work, Ami attempts to knit, snowboards, plays netball, and does agility with her dogs.

Dave Cooper M.A. Marketing Management, CIM, CertEd
Working life for me started somewhat haphazardly with various jobs before a retraining programme saw me enter Further Education. Initially a student but education success – for the first time – saw me progress into teaching. Continued studies culminated in a Masters Degree in Marketing Management and with it a role in education marketing. Ultimately I was appointed Marketing Director in a large further education college. On the way I qualified as a counselor, spending time in student services.
Ultimately retiring from education did not mean retiring from work. The family equine vets practice was growing and I took an interest in new infrastructure projects.  This developed into a full time business operations role. I really enjoy bringing the skills, knowledge and experience I encountered in education and applying it within my current role including one to one mentoring.
Horses are not only the daytime focus for the family but also our main leisure pursuit. Arabs, Dales and Shetlands all grace our private stable yard and spring and summer weekends are often filled at equine competitions locally and nationally. The only exception for me is the occasional Formula 1 Grand Prix excursion around Europe. I have also taken up Dog Agility but my dog is way more agile than me.

Kate Urwin BVM BVS MRCVS
I graduated from Nottingham University in 2017 and have since worked in small animal practice. I spent some time in charity practice where I held my first leadership role and from there developed a particular interest in developing people and teams to grow in their roles and increase job satisfaction. When not at work I spend a lot of time outside with my energetic labrador Koen and can occasionally be found in a rowing boat. 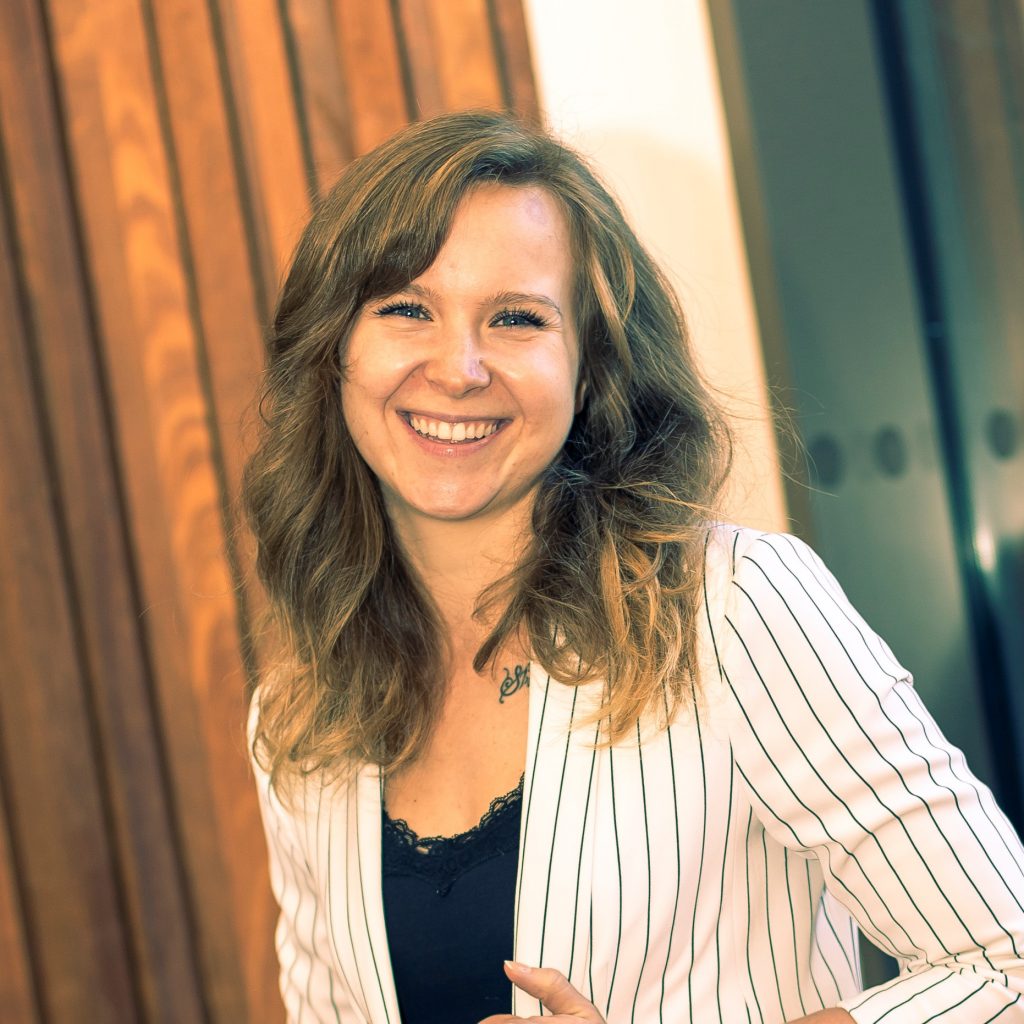 MEMBER ONLY – Click button below to see SPVS Ltd documents, reports and past AGM Minutes

You can find out more about which cookies we are using or switch them off in settings.

This website uses cookies so that we can provide you with the best user experience possible. Cookie information is stored in your browser and performs functions such as recognising you when you return to our website and helping our team to understand which sections of the website you find most interesting and useful.

For more information on how we handle and store your personal information, please see our Privacy Policy statement.

Strictly Necessary Cookie should be enabled at all times so that we can save your preferences for cookie settings.

If you disable this cookie, we will not be able to save your preferences. This means that every time you visit this website you will need to enable or disable cookies again.